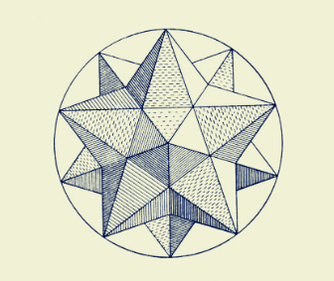 Harmonies of the World by Johannes Kepler

Our United States health system is dysfunctional. It leaves many without coverage, is the most expensive of the world, and drives many others into bankruptcy and poor health outcomes. Our two-tiered system of care maintains access for Americans with comfortable incomes but restricts access for everyone else, noted by Anthony Kovner, PhD as a particularly brutal form of rationing. Majority of us agree that things must change, but we hardly make much progress because we can’t seem to find something that unites us all in our great healthcare debate. I contend that there actually is common ground. Our current President once noted, “Nobody knew healthcare could be so complicated.” However, at its core it really isn’t.
​
An interesting analysis done by the Office for Economic Cooperation and Development (OECD) showed that there seems to be a connection between life expectancy and how much we spend on healthcare. However, that’s not the case for the United States.

This may explain why we spend the most over any other comparable country in the world yet our health outcomes are poor and we have a higher level of disease burden than they do. What is it that we are doing differently from these other countries other than leading the world with the highest obesity rates? The most important difference is that we don’t have Universal Health Coverage for our citizens and instead treat healthcare as a commodity. We are the only developed country in the world that does this.

Universal Health Coverage is one of the most widely shared goals in public health around the globe. While countries do implement different funding mechanisms, they all focus more on who has access to the care. There are two specific instances where the United Nations unanimously declared …

No comments to show.